We are delighted to announce the launch of our Whole-Food Spermidine Tablets and Powder, independently verified to contain by far the highest spermidine content of any whole food in the world, at over 900 mg/kg (over 0.9mg per gram).

Spermidine may be the most important nutrient linked with extending human lifespan in human studies. A large human study published in 2018, conducted on 829 people over a 20 year period, found that people with a diet rich in spermidine had an increased survival rate equivalent to 6 years over those with less dietary spermidine.

The study analysed 146 nutrients, and found spermidine to have the strongest link of any nutrient to increased survival.
These findings were independently validated in a second study, with the diets and mortality of 1,770 healthy unrelated people analysed. 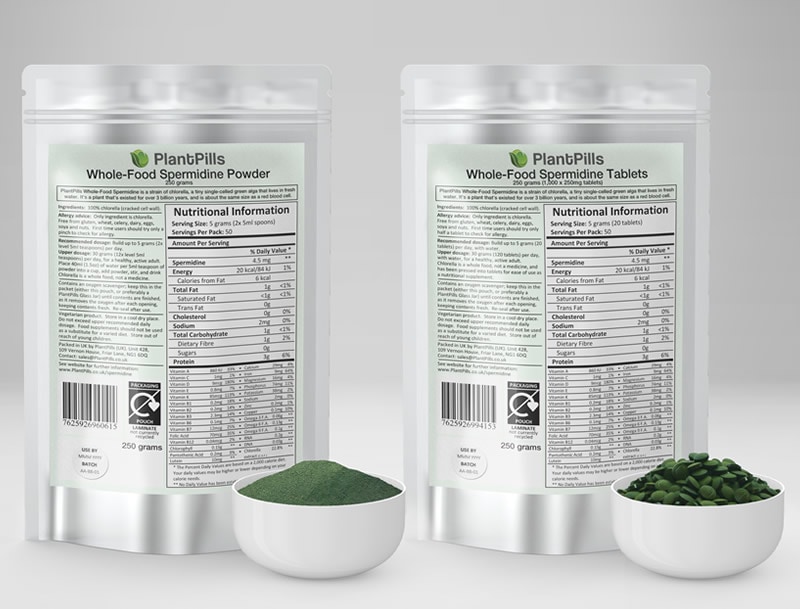 Tissue spermidine concentrations decline with age, which may in part be due to a decline in the biosynthetic activities of polyamine-producing enzymes as they become less efficient.
It has been theorised that because the body produces sufficient spermidine during youth, but not in old age, that spermidine evolves to the status of a vitamin and should be supplemented for health maintenance.