A photo of the PlantPills Micronized Trans-Resveratrol Powder. For more photos, please see the desktop version of this page here. 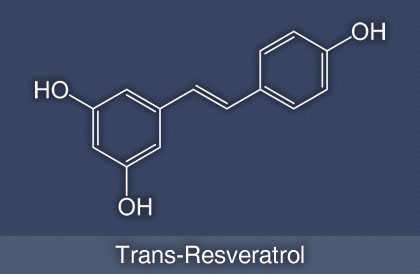 Resveratrol (molecular formula: C14H12O3, CAS number: 501-36-0, also known as 3,5,4′-trihydroxy-trans-stilbene) is a substance naturally found in common foods, such as wine, grapes and several types of berries in tiny amounts[1].

Resveratrol has been present in medicinal preparations such as darakchasava or manakka, for more than 2000 years[2], as well as the Polygonum cuspidatum herb, which has been used in Japanese and Chinese traditional medicine such as ko-jo-kon, that is used in the treatment of several cardiovascular diseases[3]. Resveratrol is also present in Veratrum formosanum, which has been traditionally used in east Asia to treat hypertension[4].

Levels of resveratrol in red wine were studied in 1992, and speculation arose that red wine could have cardio-protective properties due to the resveratrol content[10].

In 1997, resveratrol was shown to work as a chemo-preventive agent, after it was found to inhibit carcinogenesis at multiple stages in lab tests[11]. It has also been found to indirectly activate the “anti-ageing” sirtuin enzyme SIRT1[15].
Studies on humans found resveratrol to have cardio-protective benefits, as well as improved anti-inflammatory and glucose metabolism markers[9].

Resveratrol gained increased interest as a nutritional supplement in 2006[5], after a study conducted by Harvard scientists (who discovered in 2003 that resveratrol increased cell survival and slowed ageing in yeast[27]) found that resveratrol produced changes associated with longer lifespan in middle-aged mice on a high-calorie diet, shifting their physiology towards that of mice on a standard diet[6]. Sections of the press reported this news in relation to wine, speculating that red wine could have health benefits, as resveratrol is present in small amounts in most red wines[7,1].

How does resveratrol work?


Resveratrol exerts a wide range of beneficial effects across species and disease models, but the exact mechanisms through which it functions is currently unclear[17].
Resveratrol has relatively low bioavailability, but still exerts high activity, a problem that has been referred to as the “Resveratrol Paradox”. This makes the identification of the specific mechanisms causing the effects exerted by resveratrol challenging, as well as identifying the correct or optimal dosage[9].

It has been theorised that resveratrol exerts its major effects on the intestinal tissue, affecting the rest of the body through secondary effects that are indispensable of the plasma levels reached by the compound[17].

Due to its chemical and physical features, resveratrol can either cross cell membranes passively, or interact with membrane receptors. Therefore, it may interact with extracellular and intracellular molecules.
For this reason, its mechanism of action at the cellular level may be triggered by either activating signalling pathways when binding to cell membrane receptors, activating intracellular mechanisms, or even developing its effects inside the nucleus[8].

It has been suggested that resveratrol recruits molecular mechanisms that act both globally in muscle fibres and specifically on the postsynaptic region of the neuromuscular junctions[12].

One study indicates that while resveratrol may not directly activate the “anti-ageing” sirtuin enzyme SIRT1, it directly activates the enzyme NMNAT1 and increases intracellular NAD+ levels, which likely influences downstream SIRT1 activity, as SIRT1 requires NAD+[15].
The same study concludes that their results are consistent with resveratrol acting as a heterotropic allosteric modulator of NMNAD1, at an as yet unidentified site[15].

A lab study on human cells treated with resveratrol found that independent of SIRT1, resveratrol was able to rejuvenate inactive senescent cells[28]. Within hours, the older cells started to divide, and had longer telomeres (the “caps” on the chromosomes which shorten as we age), and demonstrated restored splicing factor expression (a class of genes that are progressively switched off as we age).
The cells treated with resveratrol not only looked younger, but started to behave more like young cells.

What are the benefits of resveratrol?


There have been at least 30 published clinical trials on humans reporting the effects of resveratrol on human health[9]. It is becoming evident that resveratrol exerts cardio-protective benefits through the improvement of inflammatory markers, atherogenic profile, glucose metabolism and endothelial function[9]. These effects have been observed using both high and low doses of resveratrol and both in healthy volunteers and medicated patients[9]. 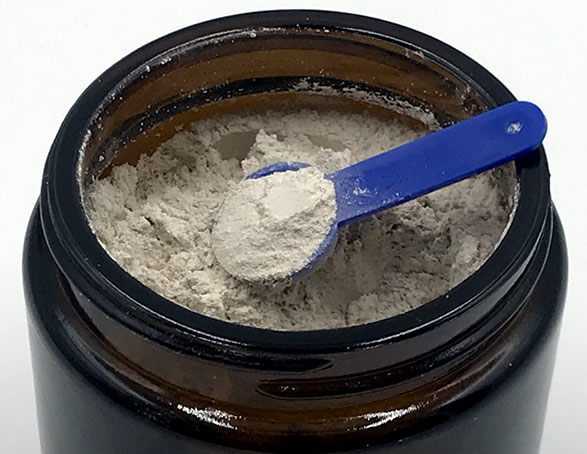 Resveratrol also inhibits cyclooxygenases (COX), which are responsible for the conversion of arachidonic acid into prostaglandins. The suppression of this pathway reduces inflammation[29].

In a human study on obese individuals who were administered 150 mg/day of resveratrol for 30 days, it induced similar metabolic changes as those achieved with calorie restriction, such as a reduction in sleeping and resting metabolic rate and an increase of AMPK, Sirt1, PGC-1α, and citrate synthase activity[34].

Resveratrol has also been shown to protect primary hepatocytes in culture against oxidative stress damage by increasing the activities of catalase, superoxide dismutase, glutathione peroxidase, NADPH quinone oxidoreductase, and glutathione-S-transferase. Furthermore, it increases the level of nuclear factor (erythroid-derived 2)-like 2 (Nrf2) and induces its translocation to the nucleus. This factor can activate genes with antioxidant responsive elements (ARE)[35].

Resveratrol seems to act as a neuroprotective agent[36], has an antiallergenic effect[40], has beneficial effects on bone regeneration[39], and appears to protect against muscle and bone alterations after disuse, and seems to act as a physical exercise mimetic[37].

Resveratrol binds to calcium channels producing inhibition of thrombin[38]. This is beneficial for the cardiovascular system, due to its interference in the formation of blood clots.

In humans, a recent study reported an improvement of insulin sensitivity in plasma glucose in subjects with impaired glucose tolerance, after four weeks of daily resveratrol administration[41].

Optimum diet and exercise can protect neuromuscular junction synapses from the wear and tear of ageing[42], these synapses are essential for voluntary movement because they relay motor commands that flow from neurons in the spinal cord to muscles.
A study conducted on old mice treated with resveratrol for a year, found that resveratrol slowed ageing of neuromuscular junctions and muscle fibers[42].

While there are several published clinical trials on humans reporting a wide range of positive effects of resveratrol on human health[9], the complex ways in which it works are not fully understood yet[17]. Correct or optimal dosage hasn’t been established[9], and gut bacteria may be responsible for high inter-individual variability in resveratrol bioavailability[33].

Many of the studies quoted here are for reference only; until the results of studies on fish, yeast, worms, flies, mice, rats or rabbits are replicated in human studies or trials, similar results or benefits in humans can’t be expected. 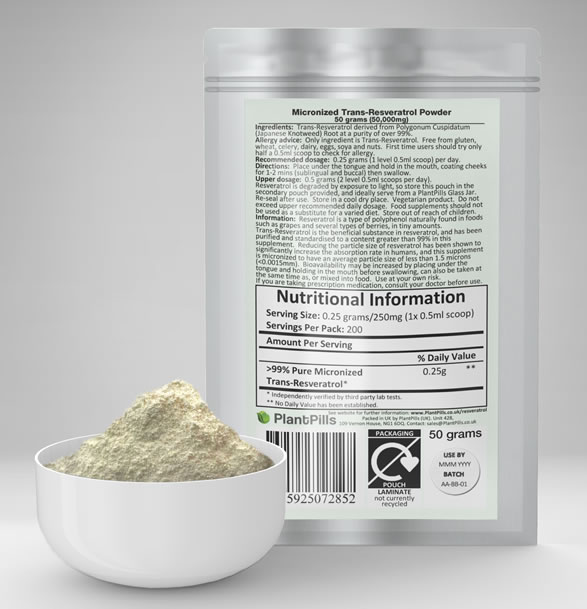 We provide high purity, pharmaceutical grade, independently verified micronized trans-resveratrol, for sale in the UK with delivery worldwide, at fair and reasonable prices.

Nobody should consider taking any resveratrol supplement if the retailer can’t provide test results from a third party laboratory.
The test results should be from a reputable laboratory that isn’t associated with the manufacturer or the retailer, and should confirm that the product is at least 99% pure trans-resveratrol, and doesn’t contain any dangerous levels of heavy metals or micro-organisms.

Without third party testing, it’s completely unknown whether the product is what it claims to be, and whether it’s safe for human consumption. Unfortunately the market is rife with fake and low-grade resveratrol due to the high price. 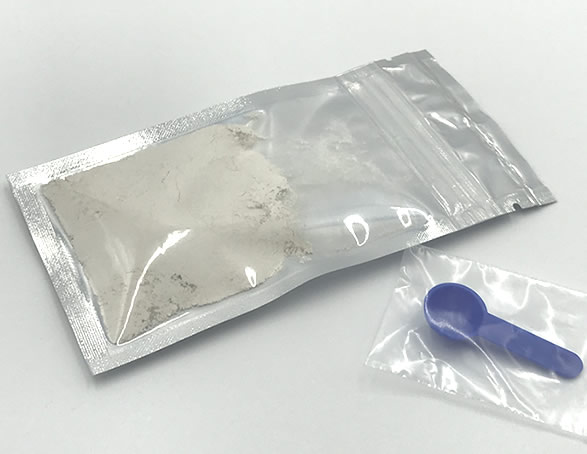 Be aware of deceptive marketing


It is sensible for anyone who is new to taking resveratrol, to initially take just half of one 0.5ml spoon (about 125mg) and monitor themselves for any adverse reactions for 24 hours. If there is no reaction, proceed with supplementation the following day.

Note: A very detailed study into the SIRT1-LKB1-AMPK feedback loop in relation to resveratrol, and the effect of resveratrol on various pathways, concluded that the effects of resveratrol could be enhanced with green tea (epigallocatechin gallate, a green tea polyphenol)[16].
The study also suggested that resveratrol may be best taken on an empty stomach, and that using NMN (nicotinamide mononucleotide) to boost NAD levels will enable resveratrol to be effective[16].
It can also be inferred that because of its indirect SIRT1 sirtuin activation, resveratrol may be needed to see the greatest effects from NMN.

Note: The optimal dosage is unknown at this point.
For reference, Dr David Sinclair, Professor in the Department of Genetics at Harvard Medical School, has been at the forefront of resveratrol discoveries and experimentation for over a decade. He is very careful to never give advice or recommendations regarding this[49], but is himself taking 0.5 gram of resveratrol per day with yoghurt (as of January 2019), and has been taking resveratrol for about 12 years[50].
David takes resveratrol with something that is fatty like oil or yoghurt, because he says that blood levels of resveratrol are increased when consumed with fat[51 - from 54 mins onwards].
However, a study on humans found that blood levels of trans-resveratrol were not affected by meal choice or fat content[52].

Note: It may be beneficial to take one or two days off per week from supplementing with resveratrol. There is no evidence to suggest that this is beneficial, but the body can respond positively when given periodic breaks from routine.

There is a high inter-individual variability in resveratrol bioavailability, and it has been theorised that gut bacteria may have an effect on bioavailability when consumed orally[33].

If you are taking prescription medication, consult your doctor before use.

Keep contents in the packet or in a PlantPills Glass Jar until contents are finished. PlantPills Glass Jars that hold up to 40 grams of resveratrol are available for purchase in the shopping basket. These can provide a more convenient form of administering the daily servings while keeping the main packet stored away.

Re-seal packet after use and store in a cool dry place.


Please see the label from our 5 gram pack of Micronized Trans-Resveratrol Powder below. 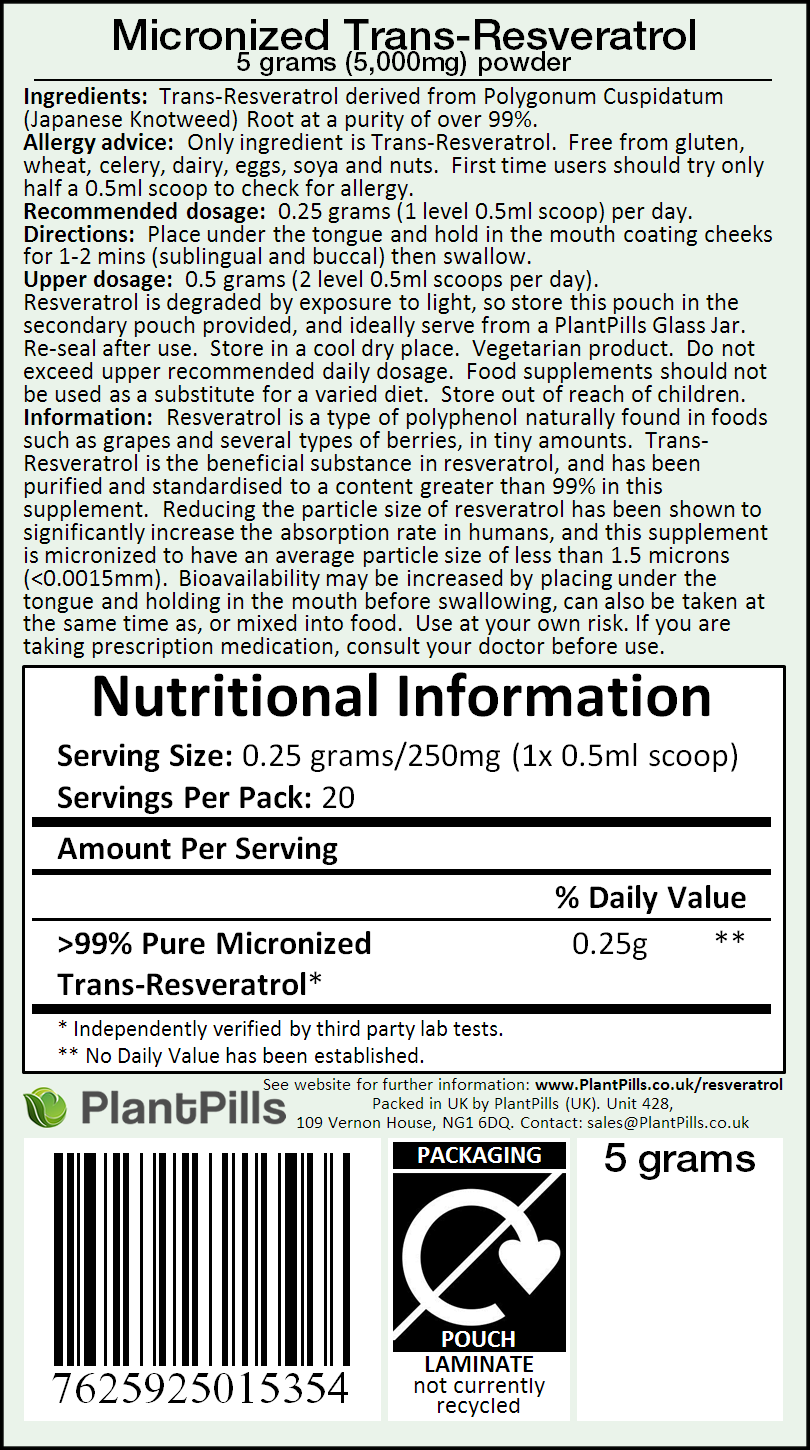 It may be beneficial to take one or two days off per week from supplementing with resveratrol. There is no evidence to suggest that this is beneficial, but the body can respond positively when given periodic breaks from routine.

If you are taking prescription medication, consult your doctor before use.

Resveratrol has been found to inhibit human platelet aggregation in test tube analysis[21,22], so theoretically, high intakes of resveratrol could interfere with blood thinning medications, and could increase the risk of bruising and bleeding when taken with anticoagulant drugs, such as warfarin (Coumadin) and heparin; antiplatelet drugs, such as clopidogrel (Plavix) and dipyridamole (Persantine); and non-steroidal anti-inflammatory drugs (NSAIDs), including aspirin, ibuprofen, diclofenac, naproxen, and others.

CYP3A4/P450 3A4 is an enzyme responsible for metabolising a significant amount of prescription medication.
Resveratrol has been reported to inhibit CYP3A4 activity in test tube studies[23,24], and in a human study[7].
Therefore, high intakes of resveratrol could potentially reduce the metabolic clearance of drugs that undergo extensive first-pass metabolism by CYP3A4, hence increasing the bioavailability and risk of toxicity of these drugs.
Some of the many drugs metabolized by CYP3A4 include HMG-CoA reductase inhibitors (statins), calcium channel antagonists (felodipine, nicardipine, nifedipine, nisoldipine, nitrendipine, nimodipine, and verapamil), anti-arrhythmic agents (amiodarone), HIV protease inhibitors (saquinavir), immunosuppressants (cyclosporine and tacrolimus), antihistamines (terfenadine), benzodiazepines (midazolam and triazolam), and drugs used to treat erectile dysfunction (sildenafil). Other CYP enzymes (e.g., CYP2D6 and CYP2C9) may also be inhibited by resveratrol[25].

Food supplements should not be used as a substitute for a varied diet.

Research around resveratrol is ongoing, so the facts and opinions as they are presented on this site will change with time as more detailed and specific resveratrol studies are completed.


Please find all sources and references listed below. Archived versions are included in the event that the original material is changed, moved or removed. Please note that none of these sources are affiliated with PlantPills.
For video or audio in addition to these written sources, an excellent overview of NMN, NAD, sirtuins and resveratrol can be watched in the YouTube video here, which was originally streamed live by Joe Rogan on 29th January 2019, lasting 2 hours and 20 minutes.
A more in-depth and technical conversation on the subject can be found here, which was recorded by Peter Attia on 5th November 2018, lasting 1 hour and 40 minutes.

To purchase the PlantPills Micronized Trans-Resveratrol Powder, please see the desktop version of this page here.

View desktop version of this page >>